My Story of Physics and Fiction

Although I am passionate about stories, I am pushing for a degree in something that might look at first glance entirely disconnected from fiction in every way: a Doctorate of Philosophy (PhD) in astrophysics. I am one year into the Master’s phase, on my way to becoming a world-class expert on galaxy formation, neutron stars, black holes, galactic clusters, etc. (actually probably only a few of these; they get complicated). Physics is the study of space, time, matter, energy, and how they all interact with each other. In other words, it is the study of the basic laws that govern how the universe works. Physics is devoted entirely to what is true and what might be true, while fiction is by definition not true.

Of course, there really is no limit on fiction besides the writer’s imagination. Therefore, fiction is free to dip into the realm of what might be true. In these cases, fiction and physics do overlap in a wonderful genre that enriches both the intellect and the aesthetic sense. In the old days, this kind of fiction was called “science fiction,” though sadly the term has degraded to a stereotype of space ships, hostile aliens, and laser weapons, the science aspect all but forgotten.

A few stories do, however, remain mostly true to the core of science-based fiction, one of which I was enthralled with as I matured into adulthood. That story was Stargate, which ran for seventeen seasons across three shows. In it, teams of heroes walk through wormholes to other planets, meeting new civilizations and fighting evil alien overlords. Its premise is very similar to that of Star Trek, but Stargate’s military perspective and serialized plot arcs make it completely unique. But it was Stargate’s strong attempt at scientific realism that kindled in me the physicist spark. 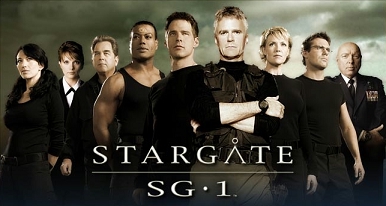 In addition to Stargate, I read and watched any material relating physics and science fiction that I could get my hands on. Among them were The Physics of Star Trek by Lawrence Krauss, and Sci-Fi Science by Michio Kaku, in which were discussed the theoretical engineering possibilities of warp drives, invisibility, teleportation, time travel, and many other fictitious technologies.

When it came time to choose a major for college, I took one glance at the list and chose physics, stating right then and there that I was going for a PhD. I have never regretted that decision. I wrote my bachelor’s thesis on the plausibility of faster-than-light travel, and for a while I had my mind set on being the first person to invent a working warp drive. However, I have come to realize that if a warp drive is invented, it will almost definitely be centuries from now. But I have learned to love physics for what it is, not for what I used to wish it would be.

When I started college, I told everyone the reason I chose physics was to write better science fiction. Since then my focus has switched to physics for its own sake, but I have gained knowledge and a mindset that will help me write. With knowledge of astronomy, I can create realistic planets. With an understanding of particle physics, I can invent a system for artificial gravity. With a conceptualization of higher spatial dimensions, I can give my characters a reasonable means of traveling faster than light. Granted, most people probably won’t know the difference, but I care, and I want my science fiction to be enjoyable to others like me.

Physics and fiction do not have to be completely independent. Rather, they can complement each other to make something I see as more beautiful than either is alone. The dynamic between the disciplines is wondrous and complex. What I have written today is just a brief introduction, a teaser; I have a multi-article series in the works on the relationship between science and science fiction, so sometime in the future you can expect to see more Of Science and Science Fiction.


Images taken from Wikipedia.
Posted by Christian Horst at 6:41 PM