Magic II: What is Not Science?

Magic series:
Four Types of Magic
What is Not Science?
What if Nothing is Real?

Of the topics to contemplate philosophically, one topic has particularly tickled my mind: the nature of magic. It is fascinating in a different way than other topics, because few if any philosophers have discussed it. When someone says, either in real life or in fiction, “it’s not magic,” I have consistently been confounded. What does this mean?


When people say magic, they seem to be talking about the mechanism behind something. Yet magic is completely distinct from science. In fact, it seems that a phenomenon can fall into one of two categories, magic or science. So to understand what magic is, we might first explore what science is.

There have been several schools of thought over the centuries regarding science. Rather than go through all of the incorrect ones, I will list them so that you can look them up on your own if you want, and get straight to the point. The past theories are Inductivism, Deductivism, and Paradigm Theory. Today, the prevailing theory of science is Systematicity Theory. Basically, science is not just a method that humanity invented a few hundred years ago and continues to use today, but it is an ever-improving set of the best ways to systematically examine anything that can be studied using observation and reason.

Last year, I wrote a summary of four ways that I find the word “magic” is used: Functional, Supernatural, Natural, and Sympathetic. There is something here that immediately stands out: the Natural category. Natural magic is simply alternative laws of science that a fictional universe runs by. But if it is alternative science, why do we call it magic? Is it merely because it is different from the real universe? If that is so, then wouldn’t real science count as magic in our universe? The science fiction writer Arthur C Clarke once said “any sufficiently advanced technology is indistinguishable from magic,” meaning if someone told us a piece of technology we didn’t understand was magic, we would have no way of telling whether they were being truthful or not. Based on this non-distinction between magic and advanced technology, we can say that Natural magic is really not magic at all.


But we have already said that if something is science, then it is not magic. So we have found what I think to be the greatest barrier to understanding the concept of magic: its definition is contradictory. But we don’t want to raise our hands and dismiss magic as a useless topic; we want to dig deeper. So for the purpose of this discussion, I will choose the definition of magic as not science, because that is how I think it is most commonly used.

Let’s look at the definition of science again: the systematic study of anything that can be studied using observation and reason. Notice something: nowhere in there does it exclude consciousness or the supernatural. Here my view deviates from that of most scientists, but I see no reason not to include them. We do not currently have the means to study these things, but we have no reason to believe we never will. Consciousness interacts with the physical world; our brains know about it, and we can talk about it. Science is ever improving, and as we went from Biology to Psychology to Neuroscience, I think it is not unreasonable that the next step along that chain might be a science of consciousness. So Sympathetic magic is just another form of Natural magic, or just an illusion of magic.

And what is the supernatural? Well, it is supposedly another layer of reality that is not bound by natural laws, but can interact with the natural world. But if it can interact with the natural, then there must be some mechanism by which it can interact, and some mechanism by which it can cause the apparent suspension of natural laws. These mechanisms would be their own kind of natural laws. Thus anything supernatural is really an extension of the natural, and the line between natural and supernatural is arbitrarily drawn between what we understand and what we do not yet understand. All throughout history, we have examples of what was once thought to be supernatural becoming understood as a part of the natural: the planets moving according to the law of gravity; life evolving by mutation and natural selection; plagues, famines, and natural disasters. So Supernatural magic, like Sympathetic magic, is also another form of natural magic.

But hold on, what if the supernatural cannot be understood? What if, in how it interacts with the natural world, it is not consistent in anyway that could possibly make sense? Well then I would place it in the category of Functional magic. Functional magic is my term for any phenomenon whose function precedes its essence, that is, it exists because it happens, not the other way around. If Doctor Strange twists his hand and an apple un-eats itself, there is no mechanism behind it, it simply happens. The same is true when Harry Potter waves his wand and his dishes wash themselves. Functional magic is when something is not mysterious merely because it is unknown, but it is mysterious inherently. No matter how much you think about it, how systematically you examine it, it does not make any kind of sense.

We have seen that, of the four types of magic, only one is truly distinct from science: Functional magic. And here is the difference: a scientific phenomenon makes logical and mechanical sense if you study it deeply enough, where as a magical phenomenon does not. In any universe that adheres to the principles of logic, as any potentially real universe must, this is impossible. So the phrase, “it’s not magic” truly is meaningless, as it amounts to saying “it’s not something that cannot exist.” Magic is what we put in our fantastic imaginary universes when we want to instill a sense of mystery and wonder. It is a shortcut we take when we want to assert something without bothering to think up a mechanism behind how it works. Magic is impossible. Or, if you prefer to think of magic as a set of rules by which the universe works, you could say that magic is all around us, and we call it science.

So we have found the answer to what magic is. Case closed, right? Well, not exactly. There is one way to turn everything I’ve just talked about on its head, but it requires some rather dramatic changes to the metaphysical nature of reality. And that is a discussion for another time. 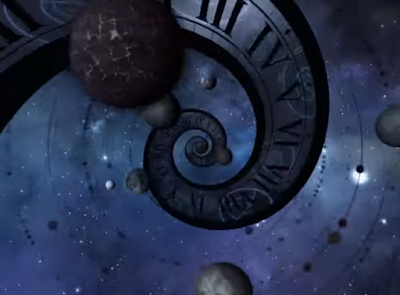 Posted by Christian Horst at 7:50 AM