Bad guys. We are supposed to hate them, right? They are the ones who get in the way of the heroes, and mess everything up. But sometimes the villains grab our attention and take it in a choke-hold. We cry at their horrible deeds, yet stand in awe of their power. And sometimes the villains make such an impact that they transcend the stories they come from and live as legends in the common culture. Today, I am going to talk about a few villains that have achieved legendary status. These bad boys have made such a name for themselves that they are known far and wide, even by people who have never heard one of their stories. They are icons of power and destruction, and look really cool too.

Fair warning: there will be spoilers.

Darth Vader
Whenever the phrase “dark lord” is mentioned, this dude comes to everyone’s mind. His black mask and cape capture a visual image of evil, and you know just by looking at him that he is going to do whatever is best for him and whatever is worst for you. His name literally translates to “Dark Father,” foreshadowing the trilogy’s world-famous twist. And he has the most dominating theme song ever, which might even be more well-known than the man-machine himself, the Imperial March. 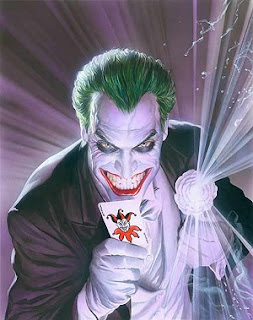 Don’t let his smile fool you; this prankster might be messing around, but there is a very real chance he will kill you. Sometimes that gun has a bullet, and sometimes just a flag that says “bang.” The Joker is the ultimate sadist, throwing off all social constraints and taking amusement solely in fear, anger, pain, and death. He is the opposite, the perfect foil of his nemesis, Batman. While the cloaked vigilante stalks the streets from the shadows of night, the attention-gluttonous clown flourishes terror for all to see. He crafts nightmares and makes them real, jerking his victims’ emotions this way and that, leading them close to hope and snatching it away again, and just when they think it might be over, strikes in the place where it hurts most.
Why so serious? 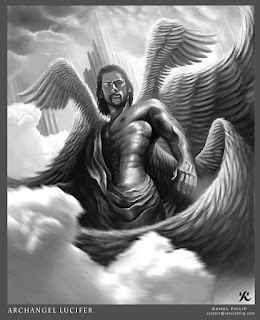 That’s right, the next villain on my list is none other than the devil himself. Satan is the enemy of God, the one who molded the world of humans out of Chaos. Satan is ruler of Hell, a place of torment and gnashing of teeth on the edge of Chaos. Though myths of Satan go back thousands of years, the most widely-known version is found in the epic poem, Paradise Lost. Having once been angels, only he out of the Fallen retains his glorified form. Because of this, he can masquerade as an angel of light and fool even the highest of archangels, his deceptions breakable only by God himself. Being the enemy of an all-powerful, all-knowing being is tough; there is no possibility of overthrowing such an opponent, so Satan makes it his goal only to frustrate his enemy’s plans as much as possible, howling defiance toward the skies till the end and his inevitable demise. 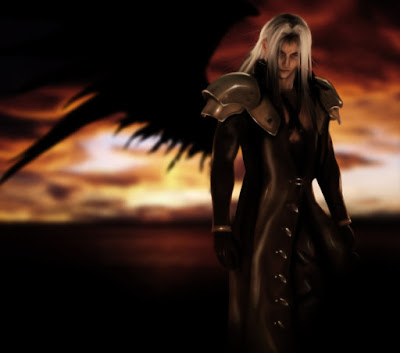 This silver-haired sword master might not be as well known by the general public, but among video game players he is the icon of power, destruction, and tragedy. Where some villains reflect the darker side of the hero in a metaphorical sense, for Sephiroth and his enemy Cloud, this connection is literal. Half human, half Lovecraftian horror, Sephiroth has a visage of divinity to rivals the devil's, completed by his single demonic wing. But perhaps the most distinguishing thing about him is his theme song, “One-Winged Angel,” with its killer Latin-chant chorus. Sephiroth's fame is about to have new fire blown into it, as his game of origin, Final Fantasy VII, is getting remade for Playstation 4.

This is the completed list so far, but I think it would be worth mentioning a contender I see rising through the ranks, who might find a place among them in the future. 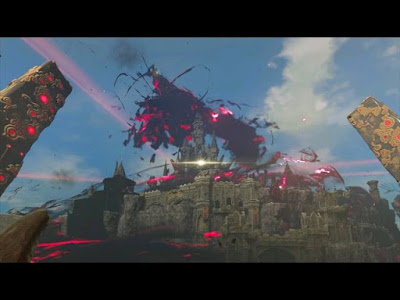 The demon king of The Legend of Zelda series does not measure up to the requirements of Legendary Villain at the moment, but with the way the series is going, he may achieve a position before long. For most of the series's history, Ganon was a mere antagonist for the hero and the princess. However, a few years ago Nintendo decided to string all the games together in a timeline, and began developing story elements that run through the entire series. The land of Hyrule is caught up in an eternal cycle of calamity, where Link, the Hero of Courage and Zelda, the Princess of Wisdom fight Ganon, the Demon of Power. Though Link and Zelda are mortal and thus different people each time, Ganon is the same person every time. In the most recent games, Skyward Sword and Breath of the Wild, the story has been explicitly linked to the rest of the timeline, and the character of Ganon has been developed. If this continues, then it may not be long before Ganon rises to the ranks of Legendary Villain.

You may be wondering why the list is so short. After all, there have been quite a lot of villains in literary history. I did consider a few others, and perhaps I missed some, but there are very few who make it to legendary status. Sauron is awe-inspiring, but he does not have much of a personality. Voldemort and Magneto come close, but fall short of just about every condition. And I avoided anyone real, because real villains are just bad and not worthy of the honor. Still, it is not unlikely that other legends will rise to the title as stories and culture evolve through the next century and beyond.
Posted by Christian Horst at 7:05 AM