Last time in the Moral Theory series, I talked about Authoritarianism and its pitfalls and dangers. But the big problems with authoritarianism all stem from the fallibility or deviousness of the authority we give our trust to. What if we could find an authority that we could be certain was perfect, all-good, all-knowing, and all-powerful? This is the center of the monotheistic religions, an authority called God who knows all, is infallible, and is the essence of moral perfection. 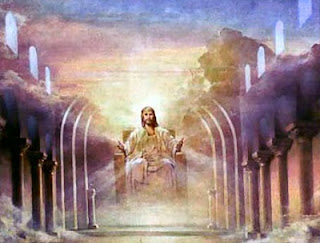 Up until now, I have used the word “morality” vaguely, using it to describe our sense that some actions are good and some bad, and the good actions are preferable over the bad ones. However, to go any further we are going to need a more precise definition. From now on, when I say morality, I mean a system by which to determine how good or bad a choice or action is. Objective morality, or moral Truth, or the source of morality, if it exists, is a morality derived from observation and reason that applies to everybody, and overrules personal morality if they come into conflict. Subjective morality or personal morality is a morality held by a single person or a group of people. It is possible for a morality to be subjective even if everyone in the universe agrees on it. Relativism is what happens if there is no objective morality, only subjective moralities, whether manifest or potential, for which there is no way to say one is better than another.

The common belief about God and morality is that God is the only possible grounding for objective morality. I believe morality is objectively grounded elsewhere, as we will see by the end of this series, but today we shall examine whether the existence of God is in fact a possible source for moral Truth at all. 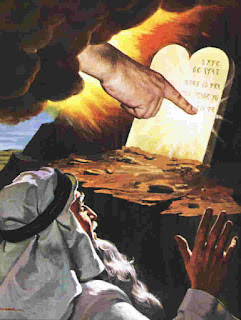 If God is the source of objective morality, then how are they linked? The answer is not as simple as it might seem. There is a classic dialogue going back to Plato called the Euthyphro Dilemma. The story goes that the philosopher Socrates asked the priest Euthyphro what it means to be morally good. The priest replied that to be good is to follow the will of God (well, the gods, but the dialogue works just as well for a single God). The idea that morality comes from following the will of God is called Divine Command Theory. Socrates then asked if God wills actions because they are good, or if the actions are good because God wills them. At first glance this might seem like two ways to state the same thing, but the difference is critically important. If God wills actions because they are good, then God is following a moral Truth grounded outside of himself, which we should be able to figure out and understand for ourselves. If actions are good merely because God wills them, then who is to say that God is actually good? What reason do we have to follow him, other than the fact that he is the strongest? God’s will, in that case, is just another subjective morality. Thus, Divine Command Theory fails to link God and morality together.

But this runs into a new problem. Which attributes of God count as moral attributes? Should we seek to gain ultimate power because God is all-powerful? Should we seek to gain authority over others because God has authority over us? Should we become arbiters of life and death because God is an arbiter of life and death? In order to know which characteristics of God we should emulate and which belong to God alone, we must already have knowledge of moral Truth by which to differentiate them.

And, though it has been obscured, the Euthyphro Dilemma still applies. The same arguments that applied to God’s will can be applied to God’s character. If God had a different character, would morality be different? If so, why should we say that God’s nature is good? Morality would then be relative. Or is there some principle that makes it impossible for God’s character to be different? If so, wouldn’t that principle be the ultimate grounding of moral Truth, rather than God’s character, which is forced to conform to it?

Both Divine Command Theory and Divine Attributes Theory fail to provide grounding for objective morality. Both fall prey to the Euthyphro Dilemma, and Divine Attributes Theory adds the question of which of God’s personal qualities count as moral attributes to be emulated and which do not. So we see that the existence of God does not affect whether or not there is moral Truth. If morality would be relative without the existence of God, it would also be relative with the existence of God. Simply being completely wise, infinitely powerful, etc. does not make one’s opinion objective, nor does it make one’s personal qualities an objective standard of moral perfection. If moral Truth exists, we must search for it elsewhere, and we will start on that next time. 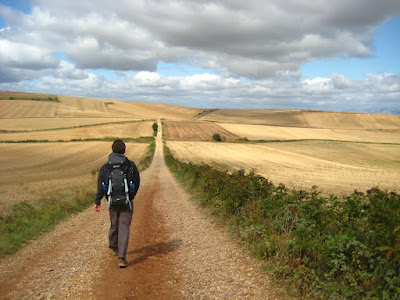 Posted by Christian Horst at 8:07 AM