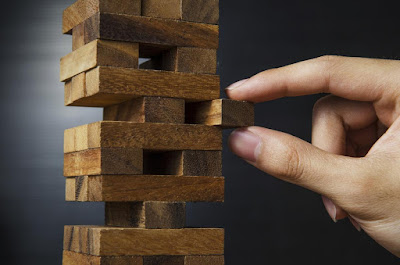 What is a cat? A picture appears in your mind of a furry creature with pointy ears, a configuration of matter and energy that is “cat,” and outside of which is “not cat.” But these lines between “cat” and “not cat” aren’t as absolute as they may seem. A cat is made of trillions of cells linked together by common DNA, and even more cells, bacteria, with different DNA. Furthermore, it is constantly trading matter with its environment—shedding hair, flaking skin, breathing air—so that what is “cat” is constantly in flux. We have a common sense understanding of what things are, but when we try to find a basis for this common sense, we come up scratching our heads.

Back in ye olden days of philosophy, Plato tried to solve this problem with the idea of forms, perfect conceptual objects, which all real objects are replicas of. So even though all cats are different and each individual cat is always changing, they are all cats because they are modeled after the Platonic form of cat. The same would be true of pots, raindrops, hospitality, and everything else in the universe. The closer something is to its Platonic form, the more perfect it is. 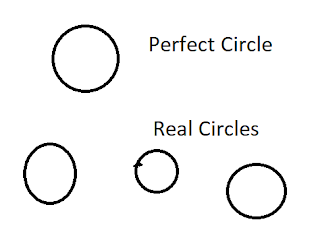 However, the theory of forms breaks down when we consider that there are an infinite number of possible objects. New objects get invented every day. Is there supposed to be a Platonic form of an orange juicer? Does a door handle have a different form than a doorknob? What about the fact that a spoon can be used as a hammer, or a bucket as a stool? You can keep trying to fortify the theory of forms against these questions by coming up with more and more arbitrary rules, but a much simpler conclusion would be that a spade is a spade not because it has some special spade-ness to it, but because everyone who sees it agrees to call it a spade.

An alternative to Plato’s forms is social construction theory, the idea that objects and ideas are constructed in our minds as we learn about the world. That is not to say that things don’t exist, but that the way we think about and differentiate them is artificial. We use the words that our parents, teachers, and society give to us, and it would be possible to use a completely different set of words with different meanings to describe the same things, as evidenced by the fact that every language has its share of words that are not easily translated.

Over the last century, French philosopher Jacques Derrida developed deconstruction, the process of looking for assumptions and arbitrary decisions that our views of things are built on, and breaking them down to see reality in a more raw form. For instance, where is the edge of a cloud? If you look closely enough, you'll see it fades from opaque to transparent, but nowhere is there a definite boundary. With practice, we find that most of the words and concepts we have in our minds, or perhaps even all of them, are not fully descriptive of reality, but shortcuts to help us think and function. By understanding this, we can begin to glimpse the finer details of truth between concepts that first appeared to be black and white. Good and evil are positions on a multi-dimensional sliding scale, which looks different depending on where you’re standing. Gender (in the sociological sense) is not merely male and female, but a connected spectrum with two sharp peaks. Money has no intrinsic value, we just all agree to pretend it does. Ultimately, deconstruction is to recognize that everything is always more complicated than we think it is, and we ought to respect that.


For many people, it can be terrifying to entertain the thought that so much of what we take for granted, the basic things we rely on to function in the world, are a product of social construction. But on the other hand, seeing how far you can deconstruct ideas can be really fun. It’s not like the universe will stop existing if you think about it the wrong way. Reality is what it is, regardless of the concepts we construct surrounding it, and the deeper we go with deconstruction, the closer we get to the bedrock foundation of immutable bare Truth. Of course it’s not wrong to use social constructions—most of the time it is good for us—but by understanding that there are other ways to organize reality, we will open up new frontiers of knowledge, and power up our ability to imagine new ways, new constructions, to make things better.
Posted by Christian Horst at 9:17 AM