What can We Know about Reality?

The Nature of Reality:
Quasi-Realism
Representational Realism
Existence and Natures
Knowledge of Reality
The Language of Reality

We have spent the Nature of Reality series developing the idea that we do not see reality as it is, but as our brains create from the information we receive through our senses. In fact, it is impossible for us to perceive reality as it really is, because the very act of perception is at least one step removed from reality. This leads to mistakes. We perceive things that are not there, and we are blind to things that are. Furthermore, the only way we have to determine whether something is real is to compare it with the rest of reality as we know it, all of which is contained within our heads. Just like every word in a dictionary is defined by other words in the dictionary, so we judge the reality of every concept and perception in our brain by other concepts and perceptions in our brain. So the question arises: are we stuck? Is there any way we can know anything about true Reality, or are we forever doomed to subjectivity and relativism?

There is one thing we can know about true reality. That is because perception itself is a part of reality. You can know with absolute certainty that you are conscious, and that your consciousness has a variety of qualia. You are looking at light gray lines on a dark gray background. As you read these words, you are sounding them out in your head, in a way that is kind of like hearing them, but not quite. It may be impossible to directly know the true nature of the computer screen, or even if the computer screen exists, but you do know with absolute certainty that you are experiencing perceptions as if there is a computer screen in front of you.

The place to start is the fact that Reality obeys the law of non-contradiction. Something that is real cannot be both true and false at the same time. See the previous entry in the series, Existence and Natures. Now you may wonder if that is true. After all, if we both look at a ball, and it looks blue to me, but it looks green to you, isn't that a contradiction? No, because my perception takes place in my brain, and your perception takes place in your brain. Neither of our perceptions is the ball. The ball is itself. The ball reflects the wavelengths of light that it does, which just happens to look different to you than it does to me because our cognitions work a little differently.

Because Reality obeys the law of non-contradiction, we can apply logic to the information brought to us by our senses. It is true that the models of reality we create are not themselves reality, they are only models. But if a model accounts for the information we get from our senses, and it does not contradict itself in any way, that is enough to say the model is true. And if the model makes predictions for new information you would get through your senses in the right circumstances, and you create an experiment to test those predictions, that increases the certainty that the model is true. You may find this familiar; after all, it is the scientific method as it is taught in grade school. 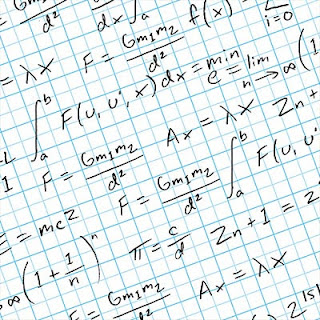 Today we learned that even though it is impossible to know reality directly except for the small fraction of reality that is your own perception, that doesn't mean reality is forever out of our reach. Reality is governed by logic, and we can know logic. So if we have models of reality in our minds, and the logic that describes the models is the same logic that describes reality, then we say that we know that part of reality. If a concept or belief has the same logical structure as the real thing it describes, that is what it means to be true.
Posted by Christian Horst at 7:12 AM