Like its predecessor, A New Hope, Star Wars V brought many new icons to the sci-fi hall of fame. From snowspeeders to giant walking armored tanks to the little green man with super powers, The Empire Strikes back successfully captured the magic of the first film and more. 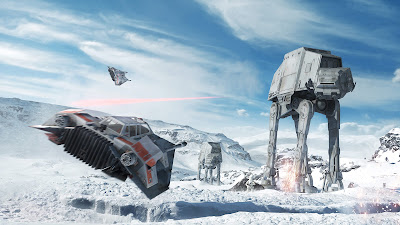 Notable John Williams music debut: "The Imperial March" (this track may be more iconic to the franchise than the main theme)

Since we’ve already done a Countdown entry on sci-fi icons, let’s focus this time on something unique to Empire: how good its story is.

For the entire movie, Han, Leia, Chewbacca, and C-3PO are on the run from the Empire, starting at the ice planet Hoth, taking them through a swarm of asteroids, to Cloud City on the gas giant Bespin. Darth Vader himself devotes an astonishing number of resources to catch one rickety YT-1300.

Meanwhile, Luke had left the rebel fleet after escaping Hoth to pursue his own personal path, which led him to Dagobah, where he meets Yoda, the ancient Jedi guru. As Luke’s Force-sensitivity increases, he sees a vision of his friends in trouble, and rushes to help, even though his training is not complete. But this was Darth Vader’s plan all along.


That is more or less the crux of the story. The rest is pretty much Luke recovering from the shock of that moment. But there’s no question that the story was pulled of exceptionally well.

We get to see how bad Vader is, and it’s not just because he’s in a scary suit. He changes the terms of his deal with Cloud City after Lando fulfills his end of the bargain, and he kills his commanders for not catching one enemy ship.


Oh, and there’s also this guy, who became an instant fan-favorite: 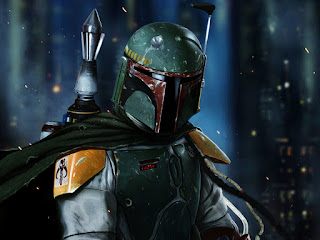 The Empire Strikes Back is many a fan’s favorite, though for me it takes second place to the final chapter of the original trilogy, which we’ll tackle next time.


Star Wars Countdown:
The Phantom Menace
Attack of the Clones
Revenge of the Sith
A New Hope
The Empire Strikes Back
Return of the Jedi
The Force Awakens
Posted by Christian Horst at 7:16 AM