What is the Darwinian Model? 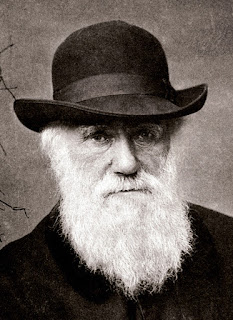 Let us start off by putting life and all that baggage aside, and stripping the model down to its basic abstract concepts. We start off with two elements: a population of self-replicating objects, and an environment in which they exist and do their stuff. The objects are completely based on information that they hold within themselves. This information determines how they look, the way they work internally, and how they react to the environment.

If the objects all replicate themselves exactly, nothing interesting happens. But let's look at what happens when we throw in some variation. Perhaps when they replicate they take pieces of their information and splice it together with another of their kind's information, making something new. Variation causes each generation to be different from what came before, and each individual to be unique.

Now we have a bunch of objects, all that look and behave slightly differently from each other. What is going to happen? Well, depending on the environment, some of the objects are going to survive and replicate better than others. The environmental factors that affect this are called selection pressures. As a result, the looks and behaviors that are detrimental to replication in the environment are going to become scarce, perhaps until they are erased, and the looks and behaviors that make it easier to replicate are going to spread over the whole population. This process is called natural selection.

If natural selection were the whole story, the population would lose information over time, and eventually degenerate to the point where it has only the most basic skeleton of what it needs to survive within its environment. When this happens, there can be no more variation, and every object in the population will be exactly the same. But if we add randomness to the variation, either from copying errors or changes in the information before replication, the system flourishes anew. Random variations in the information of replicating objects are called mutations.

The union of these two concepts, natural selection and mutation, is Darwinian Evolution. A population of self-replicating, information-based objects, reproducing their information with small random variations, in an environment that causes some traits to be better at replicating than others, leading to information diversity and increasing complexity. There are many parameters that can be tweaked, including changing or adding environments, the methods of replication, the rate and severity of mutations, and many others.

So that is the theory. Does it work? Well, it is an algorithm, which means it is not too hard to test if you know how to program. You can create a bunch of self-replicating virtual objects and a virtual environment to put selection pressures on them, and run it and see what happens. Experiments like this show that the Darwinian model works exactly as predicted.

Okay, Darwinian Evolution works. Does this model apply to life? To find out, we have to ask whether life has all the required features to fit the model. Can life be understood as populations of information-based, self-replicating objects? Yes. The replication, we call reproduction. The information is in life’s DNA, a collection of molecules in every living cell. The information in DNA is in the form of nucleotides (C, G, A, or T), which make up the ladder rungs in the picture we are all familiar with. A single strand of DNA has enough information to fill entire libraries. Does DNA mutate? Yes. DNA mutations can be caused by all kinds of things, and can be as minor as a single different nucleotide, as major as tearing the DNA apart, or anything in between. Does life exist in one or more environments that exert pressure on it and lead to natural selection? Of course. Darwinian Evolution does indeed apply to life, and mountains of evidence from fossil studies to DNA studies to adaptation studies to lab experiments on microbes confirm it. 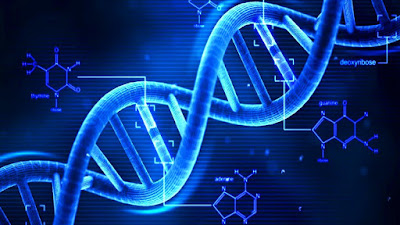 Darwinian Evolution of life is the theoretical foundation of biology and psychology, the cornerstone upon which everything in the disciplines is built and without which nothing would make sense. But the same model also applies to all kinds of systems, including ideas, cultural values, popular trends, businesses, and computer programs. Even if you never study biology, the Darwinian model is a powerful tool of understanding, and well worth the time and effort to learn.
Posted by Christian Horst at 7:23 AM