Rationality: The Linchpin of Knowledge

Most people think they are more rational than average. Think about that for a minute. 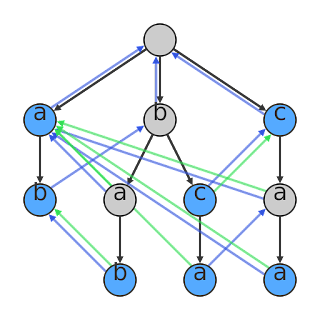 What we have just done is an exercise in rationality. We all know what rationality is. It’s figuring things out in a smart way. It’s the process of examining ideas and seeing if and how they fit together. It’s like taking apart a radio or a toaster to see how it works, except with ideas instead of technology. Rationality is our distinguishing feature among life on Earth, the one thing we do better than all other animals, and the rest of the Toolbelt of Knowledge is useless without it.

Rationality is a skill. It must be learned, trained, and kept in shape. We can do this by solving puzzles and mental challenges, contemplating philosophical ideas, listening to public intellectuals like Sam Harris and Bret Weinstein, and playing logic-based video games like Phoenix Wright: Ace Attorney.

Like all tools, there are good and bad ways to use rationality. One of the best is to update your mental picture of reality so that it fits better with true reality, at least in the ways that are important to you. For instance, a lot of people’s lifestyle decisions depend on what they believe about their ability to affect the environment. If you don’t believe humankind is responsible for the current trend of global warming, you might buy the cheapest electricity, drive a lot when there are alternative methods of transportation, vote for politicians promising to support coal and oil industries, etc. However, if you spend the time to learn about how the global climate works, properly exercising your skill of rationality, your choices might be different.

The most common abuse of rationality is rationalization, which is when we observe ourselves doing or believing something, and retroactively construct an argument for why it was logical.  It might have made sense if this logical reason was our motivation, but most of the time we get it wrong. We humans are more motivated by instinct than logic, and we fear that admitting this will make us seem irrational and lose us reputation points. However, quite the opposite is true. We all know people who are full of themselves, believing they are the most rational person in the world, but who have obvious blind spots on display for all to see. They cannot understand why nobody sees their genius. After all, they can give logical reasons for everything they do. To avoid the trap they have fallen into, we can take two steps. The first is admitting we are driven by instinct. The second is to listen regularly to people with all kinds of views, and recognize that one can be rational and still come to different conclusions from other rational people.

Another downside of rationality is using it so much that you miss out on the things life has to offer. Rationality has a purpose, and that is to figure things out. If you’re having a conversation with friends, or enjoying a good joke or other bit of entertainment, rationality can get in the way. Remember, the most important thing in life is not to find out what is true all the time, but to do things that are meaningful, and sometimes that means putting rationality on hold.

When you properly apply rationality to your fundamental beliefs about yourself and reality, you never know where it will take you. It might challenge beliefs you hold deeply, and you may have to ask yourself whether you are going to follow the logic, or drop it and stick with your beliefs. Neither choice is wrong on principle; there is a proper time for both. When you are ready to follow where reason leads, you will find yourself in some places that are amazing, some that are devastating, and some that seem too weird to be true. However, as someone who has turned his worldview upside-down several times, I can attest that following rationality into the dark and zany places is worth it one hundred percent.
Posted by Christian Horst at 7:46 AM