Types of Planets in the Universe

Our world is a planet. This place, where we live our lives and strive for meaning and love, is one large stone among many flying around the sun. But our sun is not alone; there are an uncountable number of stars, and breakthroughs in the past few years have shown us that most if not all stars have their own planets. As of May 5, 2018, over 3700 planets have been found, and the number is growing exponentially. As we learn more about these extrasolar planets, we find that there are many different kinds of planets, some of which are not found in our solar system. So let’s take a look at all of the different and interesting types of planets that can be found around the universe.

For this discussion, I am not going to make any distinction between planets, dwarf planets, and moons. What counts as a moon or dwarf planet in our solar system could easily count as a planet if it were in the right orbit around the right kind of star. In our own solar system, Jupiter’s moon Ganymede and Saturn’s moon Titan are bigger than the planet Mercury, and they would have been planets themselves if they had not been caught by their parents. 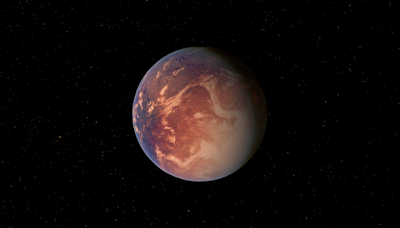 Starting off with the kind of planet everyone knows about, rocky planets have solid surfaces. Earth is one, as are Mercury, Venus, and Mars. Because Earth is the only planet we know of that has life, we make a guess that the best place to look for life elsewhere in the galaxy is on rocky planets. We have just recently achieved the technology to find them in their host stars’ habitable zones, but we do not yet have powerful enough telescopes to look for life’s signatures in their atmospheres. 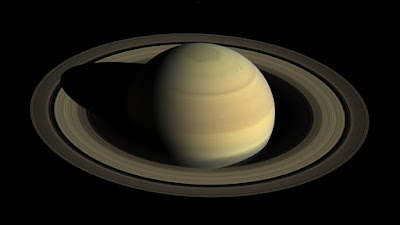 These planets are thought to have no surface. They are so big that the pressure from their gravity causes a smooth transition between their gaseous atmospheres and liquid cores. Jupiter and Saturn are our solar system’s representatives of this group. Because they are so massive, they are the easiest type of planet to observe around other stars. 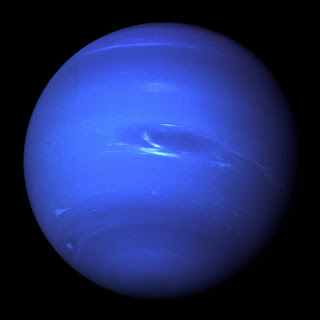 When a planet that would be a gas giant is formed far enough away from its host star, it is formed from the water ice that collects in the outer parts of the stellar system, rather than the hydrogen and metals that collect in the inner regions. Like gas giants, they have no surface, but smoothly transition between gaseous atmosphere and liquid core. In our solar system, Uranus and Neptune are ice giants.


Like ice giants, planets that are small enough to be rocky but are formed in the outer regions of the solar system where water ice is abundant have a high concentration of ice. Such planets are like Antarctica all the time. Ceres in the asteroid belt, and Pluto and its friends in the Kuiper belt are our neighborhood ice ball planets. 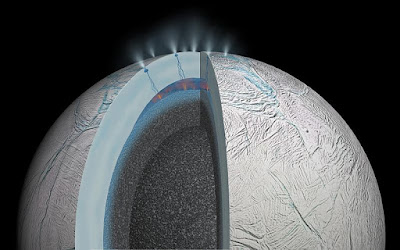 There is a special world type that, as far as we know, only exists as moons around gas or ice giants. These moons are far enough from their parent star that their surfaces are covered in thick ice, but the gravity difference across them from the giant planet they orbit causes internal friction, which heats them up inside. These worlds have vast oceans beneath their icy shells, like the Earth’s molten mantle beneath its rocky crust. It is thought that the conditions at the bottom of these oceans might be right for organic molecules to form life, and so they are of interest to exobiologists. Jupiter’s moon Europa and Saturn’s Enceladus are icy ocean worlds.


These are technically not a different kind of planet, but they are interesting enough to have their own mention. When rocky planets are too close to their host stars, the same side always faces the star. They are close enough that the difference between the star’s gravity on one side of the planet and the other is great enough that the heavier density clumps of the planet get stuck pointing toward the star. It is kind of like how balloons float with the tie pointing downward. Our own Moon is tidally locked with Earth, which is why the same face always points toward us. Around stars that are small and dim, like red dwarfs, there can be Earth-sized tidally locked planets in the habitable zone. In fact, the closest star to the sun, Proxima Centauri, has just such a planet. Tidally locked habitable planets have been a hot topic of the astrobiology community, with debates about whether the climate and weather of such places could allow life to exist.

Our sun is not the only star to have planets. In fact, from our various methods of detecting exoplanets in our stellar neighborhood, we have learned that it is extremely rare for a star not to have a few. As with all endeavors to peer into the unknown, the exoplanet search has been a treasure trove of new, exciting knowledge, and we have discovered several exotic planet types that are not found in our solar system. 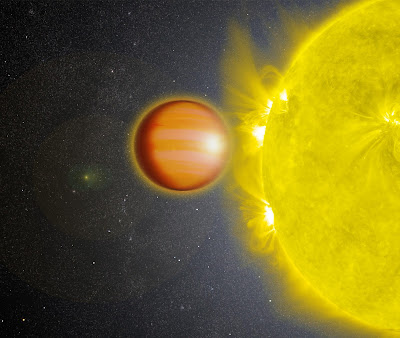 The first planets we discovered around other stars were larger than Jupiter and had closer orbits than Mercury. This makes sense, because the bigger and closer a planet is to its host star, the more it pulls on that star, and the easier it is to see the signs that it’s there. We used to think gas giants had to be far from their stars, like our solar system’s outer planets, but now we know that inner gas giants are just as common. 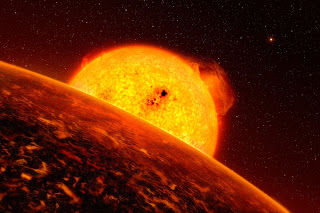 Solar systems are made from collapsing clouds of gas and dust called protoplanetary disks. When this happens, all of the gravitational energy turns into heat, so small enough planets that are close enough to their suns are formed as magma balls. As eons pass, their outsides cool into rocky crusts, becoming the rocky planets with molten cores we are familiar with. Some planets around other stars, however, orbit so close that the heat from the sun keeps their surfaces molten after the formation phase. Magma planets can also be created when gas giants migrate too close to their host stars, and enough of their atmospheres get blown off that the remaining matter forms a molten rock ball.


Our solar system jumps from Earth’s mass to Uranus’s, a 15-fold increase. But there is no reason planets couldn’t form in this mass gap. Indeed, we have found plenty of planets around other stars with multiples of Earth’s mass in the single digits, sometimes called super-Earths. Based on solar system models, we suspect such planets to attract and hold onto more water than Earth, covering their entire surfaces. It is suspected that ocean planets might be far more common than Earth-like worlds with both ocean and land. If this is true, it offers an optimistic solution to the Fermi Paradox: that life is common in the universe, but it almost exclusively arises on ocean planets, where space programs and radio broadcasting are extremely difficult to invent. 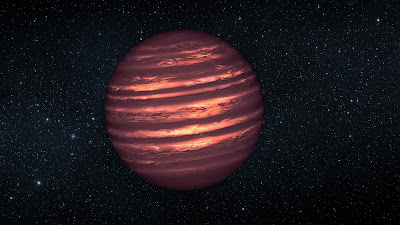 There is no limit to how big a planet can be; or rather, if it is big enough, it is a star instead of a planet. Because of this, there is a gray area a few times heavier than Jupiter where we are not sure whether to call it a star or a planet. It may have a tiny bit of nuclear fusion in its core, but it is not hot enough to shine. These are called brown dwarfs, following the trend in stars from yellow dwarf, orange dwarf, and red dwarf.


55 Cancri e is a strange planet. Made almost entirely of carbon, it is eight times the mass of the Earth, but only twice as wide. And what is another name for super-dense carbon? Diamond! That’s right, though extremely rare, there are planets in the universe that are made of diamond, though unfortunately their surfaces are probably covered in graphite. So I guess we could call them pencil planets? Still, 55 Cancri e is a creative spark for writers and artists envisioning a romantic future of humanity in space.

These exotic planets break open the possibility of many more rare planet types waiting to be discovered. Doubtless, this list will be much longer in the future. Heck, our descendants may advance enough someday that they will be able to create custom planets of their own. They might have planets with multiple surfaces, the matter in between carved out like matryoshka dolls. They might have planets covered in computronium, where life has advanced beyond biology and covered the surface with network circuitry, running their own virtual reality universe. For a galactic civilization, such feats of engineering would be child’s play. The universe is strange and wonderful and full of mystery waiting to be uncovered, and possibility waiting to be realized.
Posted by Christian Horst at 9:04 AM