Magic series:
Four Types of Magic
What is Not Science?
What if Nothing is Real? 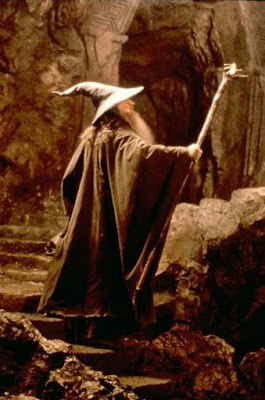 Those of you who have been following me know by now that there are two genres of fiction that I especially like: fantasy and science fiction. Setting aside for the moment hard science fiction (or as I like to call it, true science fiction), both of these genres include incredible devices, inexplicable phenomena, and characters with extraordinary abilities. The only difference between the two genres is that fantasy claims that these are a result of something called “magic,” while science fiction insists that it is not magic. The fact that the two systems cannot be otherwise told apart is exactly what sci-fi author Arthur C . Clarke meant when he said “Any sufficiently advanced technology is indistinguishable from magic.” When I first heard this, I agreed. But within the past two years, as I was thinking about this topic, I was suddenly baffled. What was this “magic” that kept coming up, and why was it so important for characters from advanced civilizations, like the Doctor, to insist that it was not?

To find the answer, I looked at why and how writers use magic (or “I Can’t Believe It’s Not Magic”) in their stories. The general trend, I have found, is that it brings with it the deep sense of wonder and/or fear that comes with a mystery that appears to have no solution or explanation. But this sense can also be achieved by naturalistic means, by simply withholding understanding from the characters and readers. For example, when Stargate Atlantis introduces the Wraith, they appear to have supernatural abilities, but it is later revealed to be simply a feature of their biology. So why call something “magic” at all? Is it simply a cop-out, an excuse to sweep technical details under the rug? No, the idea of something called “magic” is exciting, and so doing so can be a powerful tool in story writing. So that brings us back to the original question, what is magic? As I looked at the ways various writers use the word, I have come to the realization that the reason it was so confusing is that there is a variety of different things that people mean when they say “magic.” In an attempt to break down the complexity, I have grouped magic into four types: functional, supernatural, natural, and sympathetic.

In order to understand the first category, functional magic, we need to understand the relationship between function and existence. Let’s look at the difference between a real object, a cell phone, and an imaginary object of functional magic, Harry Potter’s wand. For the sake of explanation, let’s look at a function that they both have: to emit light. For the real object, the cell phone, we start at its function and ask why until we run out of answers. Why does a cell phone emit light? Because the materials that are used to make it are arranged in a specific way. Why are the materials arranged this way? Because they have properties that can be harnessed. Why do the materials have properties? Because they exist. This is as far as we can go and still be talking about a cell phone. So we have come to the conclusion that a cell phone emits light because it exists.

For Harry Potter’s wand, on the other hand, we start with existence. Why does it exist? Because it emits light (among other things). Why does it emit light? It just does; there is no further mechanism to be understood. So we have come to conclusions about both the cell phone and the wand. The cell phone emits light because it exists, whereas Harry Potter’s wand exists because it emits light. The point of importance is in the order of explanation: real objects do things because they exist, while functional magical objects exist because they do things. The world in the Harry Potter novels is full of functional magic, teeming with things that “do something, therefore they exist.” Another classic example is C. S. Lewis’s Narnia, where animals talk, a pool turns everything that touches its water to gold, rings transport you to different worlds, and witches conjure up Turkish delight out of nothingness. 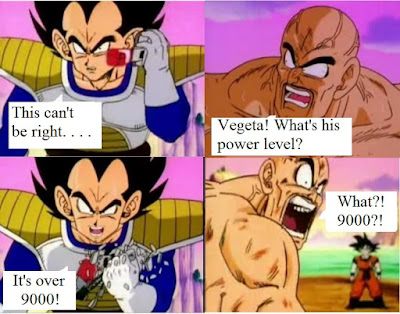 Natural magic is the partial replacement of or addition to the laws of nature. If you ask why a natural magical phenomenon happens, you will get an answer. In fact, a creative writer can devise a small number of natural magic axioms, and then build a complex, self-consistent structure upon those axioms. One example would be to imagine a material that has specific, nontraditional gravitational properties, and then imagine what technologies the people in that world would develop from it. Fantasy author Brandon Sanderson is known for his many “magic systems,” or structures of natural magic, the most notable of which is found in his Mistborn novels. The technologies of many science fiction stories would fall under this category as well.

Interestingly, by our definition, the only reason the real universe does not operate on natural magic is because it is the standard against which magic is measured. The relevant factor here is that the real world exists. However, it is shortsighted to lump everything that does not pertain to us into one category, so there is no good reason why reality should be an exception when it comes to natural magic. Therefore, if we wish to have a meaningful generalization, we must either say that natural magic is not magic at all or that the real laws of nature count as natural magic. Sanderson insists that his systems are magic, and I feel no need to disagree, so it follows that physics is a form of natural magic: the magic of reality.

Finally, we have sympathetic magic. For a sympathetic magic system, the world is full of consciousness. Depending on the story, a person who knows how or has the ability can extend their own consciousness to interact with this field of consciousness and do things such as move objects from a distance or communicate mentally. This type of magic can be seen in two forms in Patrick Rothfuss’s The Kingkiller Chronicle: sympathy, which is similar to what was just described; and sygaldry, the crafting of technological devices that use sympathetic principles. And of course, we cannot forget everyone’s favorite example of sympathetic magic, the Force. 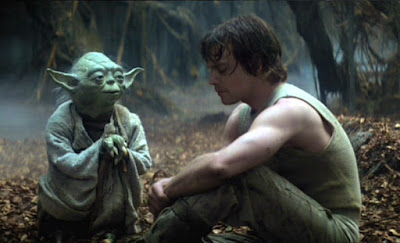 So there you have it, four broad categories of how the strange, annoying little word “magic” is used. I still think that the word is too vague to be meaningful, and we would have an easier time discussing the various different things that are meant by it if we stopped using the word altogether. But who am I kidding? The real meaning of “it’s magic” in today’s society is “don’t ask, it just is how it is.” And once in a while, when you see twinkling lights in the sky or hear sleigh bells on a cold winter night, then maybe, for just a moment, that’s okay.
Posted by Christian Horst at 4:43 PM