According to legend, the events of Star Wars happened a long time ago in a galaxy far, far away. But what if I told you that there could be a Star Wars-scale galactic republic right here in our own Milky Way galaxy?


If there were a civilization spread throughout our own galaxy, you might think we would have noticed it by now. After all, such a civilization would be zipping around through hyperspace, sending messages, and all-around being busy doing things that intelligent life does. Surely if we with our present-day technology can figure out the age and size of the entire universe, we should know our own back yard pretty well. However, we really don’t; when it comes to faraway objects, the bigger something is, the easier it is to see. Even with the Hubble space telescope, besides our sun there is only one star, Betelgeuse, big enough and close enough to be resolved as a disk instead of a singular point, so we are far away from being able to see extrasolar planets directly. On the other hand, we can detect planets indirectly by observing their effects on their host stars. We all know that a star exerts gravitational force on its planet, but the planet also exerts gravitational force on the star. Both the star and the planet orbit their combined center of gravity, which is almost, but not quite, the center of the star. The motion of the star causes its light to shift frequency ever so slightly. The Kepler space telescope was designed specifically to measure these shifts, and it has found over 1,000 planets to date, but Kepler is just barely not sensitive enough to detect earth-sized planets in stars’ habitable zones, so we really don’t know how common they are.

To appreciate why detecting habitable planets is so difficult, we need to look at some numbers. First, the speed of light. Light goes so fast, that with a proper mirror system light could travel around the circumference of the earth 7 times in one second. The nearest star system, Alpha Centauri, on the other hand, is over 4 light years away. That means it takes light four years to get from there to here, and anything we see in that light happened four years ago. And that is only the beginning; the farthest stars in the galaxy are 75,000 light years away. It is no wonder, then, that it is difficult to find earthlike planets!

Note: from here on, I will be using order of magnitude estimation math. It is not very precise, but it is useful for hypothesizing.

But if there are advanced alien races, we reason, we might be able to pick up their radio signals. This is the idea behind SETI, the Search for ExtraTerrestrial Intelligence, which uses a radio telescope array to scour the skies for radio transmissions from other star systems. So far, they have found nothing (if they had, you would know; it would be on every news headline around the world). Does this mean that there are no radio-broadcasting aliens out there? Not exactly. We should note that we have only been using radio signals to communicate for 100 years, and there is no telling how long an alien civilization may have been doing so. Radio waves are a kind of light, so they take as long to get to us as the distance in light years the star system they came from is. This means in order for us to detect an alien signal today, a civilization 10 light years away must have been using radio communication for at least 10 years, a civilization 100 light years away for 100 years, a civilization 1,000 years away for 1,000 years, and so on. In addition, SETI has limited sensitivity and has only been able to monitor around 1,000 stars, and only a few at one time. With SETI’s limitations it is discouraging, but not surprising that we have not found any sign of alien intelligence yet. 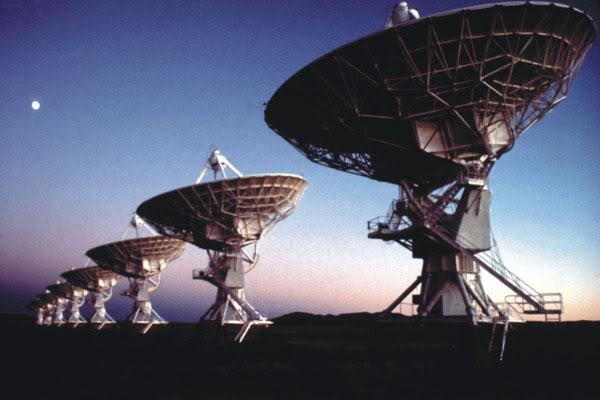 But even noting how hard it is to find habitable planets and intelligent life, we are talking about Star Wars here. Doesn’t the Republic span the entire galaxy, and therefore if it existed it would have a presence close to and around us? Not necessarily. I could not find a canonical figure for how many planets the Republic had, but sources seem to agree it was on the order of 50,000,000. Does this number work with the possible number of habitable planets with intelligent life in the Milky Way? Recall that SETI has searched over 1,000 star systems with no luck, but that only allows us to conclude that the density of inhabited systems near us is less than 1/1,000. The density of habitable planets may be much higher, and it would stand to reason that a Galactic Republic would terraform and colonize all habitable planets within reach. On the other hand, we must account for the fact that billions of stars near the galactic core are uninhabitable, so we will go with 1/1000 as the average over the whole galaxy anyway. Our galaxy has between 200 billion and 400 billion stars, so that gives us 200 million habitable planets, around 4 times more than the number of planets in the Republic. Thus a Milky Way Republic would only need to take up a fourth of the galaxy.

What about age? Could the Milky Way Republic be as old as The Star Wars Republic, yet its communication signals not have reached us yet? The Star Wars Republic was 25,000 years old by the time of the movies, so to be on the safe side let’s say that if a similar Milky Way Republic exists, the nearest planet that is a part of it would have to be over 25,000 light years away. Coincidentally, that is about as far as it is from Earth to the galactic core, the entire Milky Way being 100,000 light years across. This eliminates the region near Earth, about 1/3 of the galaxy, which leaves 2/3 of the galaxy remaining, which we estimate reduces to 2/5 when we eliminate the core. Remember, the Republic would only take up 1/4 of the galaxy, so if it is concentrated on the far side of the Milky Way, we have no problem.

Despite the fact that our best efforts to search the cosmos for extraterrestrial life have so far turned up empty, the sheer size of the Milky Way and the distances between stars provide a task so great that even with our sophisticated technology we have barely been able to poke a dent in the galaxy. As such, with hundreds of millions of possibly habitable planets beyond our range of detection, it is not impossible that a Galactic Republic of the same size and age as that found in Star Wars could exist right this moment somewhere in our own Milky Way.
Posted by Christian Horst at 10:17 PM