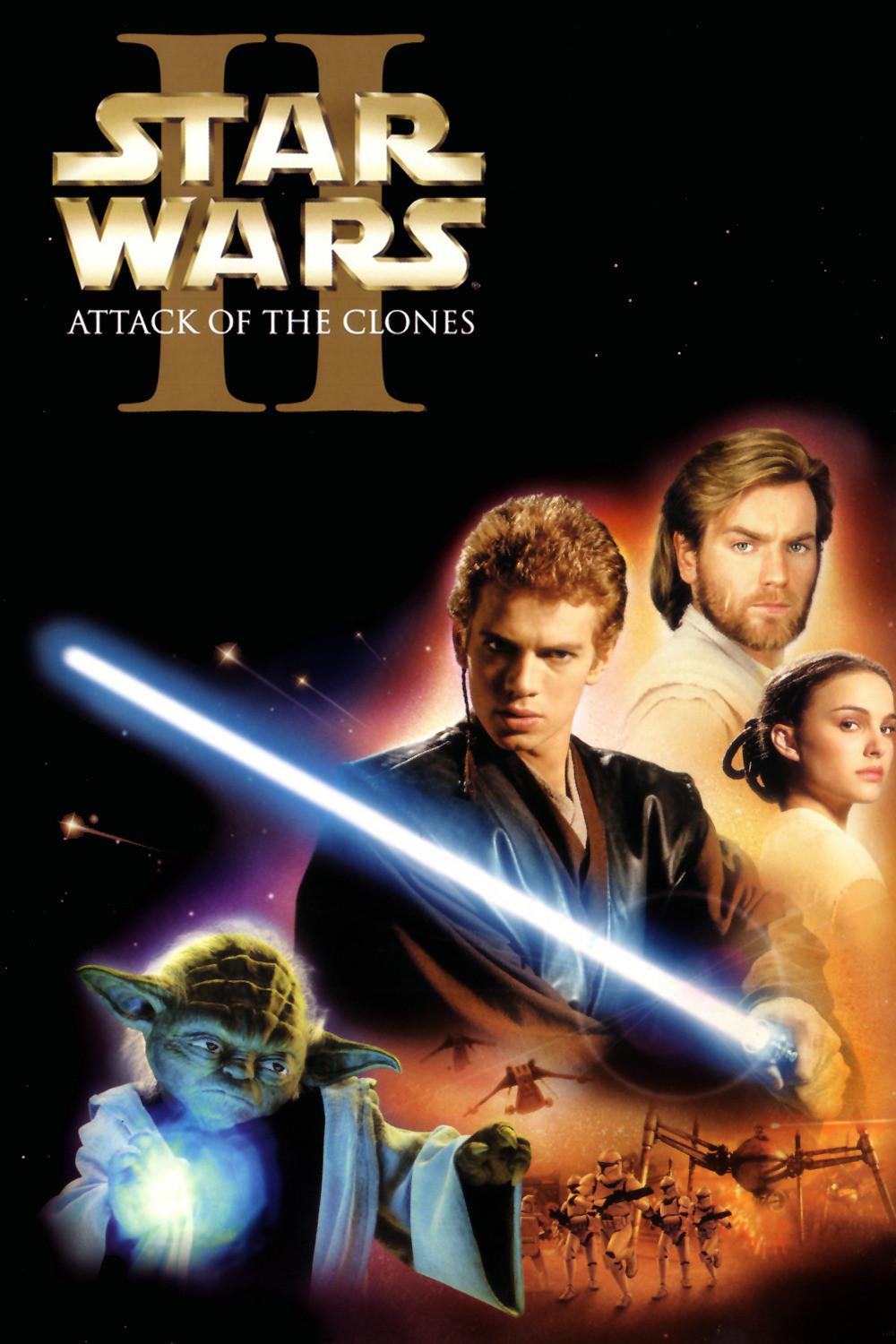 As the time of Star Wars: The Force Awakens approaches, the monthly countdown continues with Episode II: Attack of the Clones. In agreement with most of the fans who took this IMDb survey, Attack of the Clones ranks worst on my list of Star Wars movies. It had a few good qualities, like the introduction of a new soaring and swelling orchestral music track, but the sacrifice of character depth and plot consistency for fan service was an irrecoverable mistake.


This musical masterpiece is clearly the shining light of the film; other than it, Attack of the Clones’s only redeemable feature was its contribution to the overarching story. It springboarded off of The Phantom Menace, taking the mystery of the Sith and revealing that goes is much deeper than the Jedi thought. Obi-Wan’s discovery of first the clone army, revealing that the plot has been going for at least a decade. Even though it surprised no one, the reveal at the end that Tyrannus, who commissioned Jango Fett as the source of the clone army; and Count Dooku, the leader of the Seperatists, are the same person was one of those moments where we could really see the pieces of the puzzle coming together.

Other than these two things, the movie really did not have anything to offer. It did not capture the spiritual vibe that Episode I had, and as I said in the previous discussion, the essence of Star Wars is a spiritual tone in a sci-fi world. The Phantom Menace conveyed this by the mannerisms of the Jedi Council and Qui-Gon Jinn, as well as by Darth Maul’s red and black tattooed face. The Attack of the Clones, on the other hand, was all about the politics between the Republic and the Seperatists, and the battle between lightsabers and droids. Character depth was virtually nonexistent, except for Anakin, who has to deal with problems similar to borderline personality disorder—probably by accident, as a result of bad acting. All in all, the movie is just missing everything that makes movies good.

The final major reason I found this movie a disappointment was Lucas’s unapologetic use of fan service. Even one situation, one allusion, one line spoken in direct reference to the original trilogy breaks the flow, ruins the immersion, and is tantamount to breaking the fourth wall. I spoke about this in my talk on Episode I, focusing on how Anakin did everything Luke did, but at a younger age, and I presented the Force as a reasonable excuse to get away with it. But in Episode II the fan service is mostly about C-3PO and R2D2—droids, supposedly disconnected from the Force. In fact, as I noted earlier, the Force is much less apparent in Episode II than in the other movies, so this time Lucas simply has no excuse.

In response to Attack of the Clones’s half-hearted flop, Michael Barryte took the bare bones of the story and crafted his own version of it, like he did for The Phantom Menace. I think his version of Episode II would not only be better than the movie, but be better than most of the movies I have seen. You can watch his YouTube video by clicking here.

Star Wars Countdown:
The Phantom Menace
Attack of the Clones
Revenge of the Sith
A New Hope
The Empire Strikes Back
Return of the Jedi
The Force Awakens
Posted by Christian Horst at 3:53 PM