In Anticipation of Star Trek 2017

With the recent explosion of announcements of movies and TV shows, there are bound to be a few items that go largely unnoticed. One in particular has not made much of a commotion yet, but I look forward to it eagerly: the next Star Trek TV show, set to air next year. 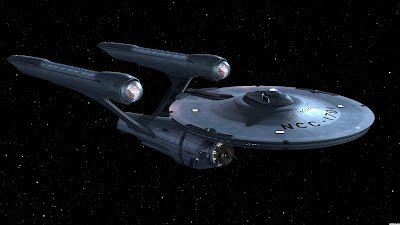 Star Trek has always been different sort of speculative fiction, set apart from the mainstream sci-fi. Whereas most stories revolve around a few sets of characters battling and outwitting each other for victory, Star Trek is visionary, taking an optimistic view of the future of humanity, and considering the new problems and mysteries we will face after we have solved all of our own at home. It shows us a version of the future that is idealistic beyond what we think may be possible, to fill us with hope and a goal to strive for. With this in mind, here are some things I hope to see in the new Star Trek show.

Have a Middle Eastern crewmember.
It is tradition for Star Trek to promote cooperation by giving the Enterprise a diverse crew, paying particular attention to groups who are on uncomfortable footing with each other while the show is running. In past crews, we’ve seen members who are American, French, British, African, Russian, Chinese, and Native American, as well as artificial intelligence, alien, and half-alien. I am sure that the new crew will be just as diverse as those that came before it, and I cannot think of a more fitting place to represent now than the Middle East.

Continue to reference classic literature.
Though Star Trek is way out there in the far future, the depths of space, and a society that looks to us like paradise, it is strongly tied to the here and now by a common history. There is a blessed touch of familiarity when Data tries to solve mysteries with the methods of Sherlock Holmes, or Captain Picard wrestles with whether he is repeating the mistakes of Captain Ahab hunting Moby Dick. Their world is a vision of what our world could turn out to be, made all the more real when we see the classics will remain timeless even after we have left our planet behind. 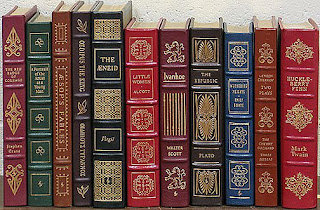 Reference the modern scientific frontier.
Along with classic literature, why not go a step further? Star Trek is about the future, and one thing that is absolutely necessary to bridge the gap between our lonely rock in an infinite void and a galaxy teeming with life is scientific discovery. Let the characters reference the verification of the Higgs boson by the LHC and gravitational waves by LIGO. Mention Nobel laureates. Credit Miguel Alcubierre with the first theoretical model of a warp drive. Bringing these into the world would not only connect us to the show like classic literature does, but also encourage young people to go into science and help advance the real frontier of our time, moving us step by ever so small step towards the era of cooperation and exploration that Star Trek dangles in front of us.


Get the science right.
In the past, Star Trek has relegated science to a technobabble role, spouting meaningless jargon as "explanations" for technology and plot points. Admittedly, some made-up nonsense is necessary when speculating about the mysterious places where no one has gone before, but it would be nice if the writers made an effort to get the science that we already know correct. With science’s recent popularity spike, more and more of the audience is going to notice the absurdity of things like cleaning space lichen with concentrated neutrino beams or charging the deflector dish with antiprotons.

Show the Milky Way.
Outside of a planet’s atmosphere, space does not appear just a uniform smattering of stars across the sky, as each show so far has depicted it. For the most part, Star Trek takes place within the Milky Way galaxy. Because of the galaxy’s disk shape, we should see a band all around the sky, with a smoky wisp of space dust, and a bright bulge in the direction of the galactic core. Not only is this more accurate, it is also breathtaking.


Keep the invention of the warp drive canonically in 2063.
In Star Trek lore, scientist and engineer Zefram Cochrane built and tested Earth’s first warp drive in the year 2063. As that year approaches, it might be tempting for the writers to change it and say it was actually 2163 or something like that. The reason I suggest not doing this—I mean, besides the angry mob of fans such a retcon would bring to their doors with pitchforks and torches—is if the date is pushed back, it creates the impression that the era of Star Trek is an unobtainable fantasy, always a hundred years away from us. Keeping the date as it is, false though it may inevitably turn out to be, will create a sense of growing excitement and imminent change as the year Earth makes contact with the Galactic Federation approaches.

So far, I have seen only The Original Series and half of The Next Generation, but that has been enough to see how the franchise had earned timelessness. With its passionately optimistic vision of the future, its brilliant social commentary, and its common history tying it back to home, I would not be surprised if Star Trek continues for centuries, even after the invention of the real warp drive, if such a thing is possible.
Posted by Christian Horst at 8:01 AM