How did Life Begin?

The philosopher Immanuel Kant once said, “It is absurd to hope that another Newton will arise in the future who will make comprehensible to us the production of a blade of grass according to natural laws.” Soon after Kant died, Charles Darwin was born. And after Darwin came molecular biology. 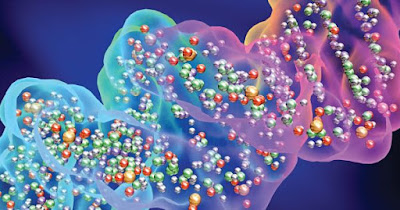 Despite Kant’s pessimism, we have come a long way toward understanding life in terms of physics and chemistry. Darwin’s theory of evolution by variation and natural selection has been substantiated and improved upon by the discovery of DNA and genetics. We now have a robust theoretical picture of how, over billions of years, life can evolve from single-celled organisms to the variety and complexity we see today.

Yet still, one piece of the puzzle eludes us. How did the first spark come to be, when life formed from non-life? We have not seen this happen anywhere, not in nature, nor the controlled conditions of the laboratory. So far, Kant's prediction has held.

But Kant's claim is a lot stronger than perhaps even he would have meant. It is far easier to show something is possible than to prove it impossible. For instance, it was once said that there are no black swans. Nobody in Western culture had ever seen one, and it was taken for granted as common knowledge. But when explorers set out to map the coast of Australia, there they were, black swans, swimming around like nothing was out of the ordinary. The claim that we will never find a naturalistic explanation for the origin of life is the same as saying there are no black swans. To disprove it, all we have to do is find one.

How do we go about looking for a theory of the origin of life? We need to look for what all life absolutely requires, its reductionist building blocks. First is water. We know of nothing living or semi-living that does not incorporate liquid water as an essential part of its makeup. The next is organic molecules. All of the complex molecules making up life forms are constructed from small organic molecules. Finally, life needs an energy gradient. This is a technical term for “food source,” although it sometimes literally means energy is being transferred through the environment, like in photosynthesis. In the realms of physics and chemistry, energy gradients are the drivers of reactions and increasing complexity, making it look on a small scale like the second law of thermodynamics is being violated.

All three of these are common in the universe, water especially. But there is another element we haven’t talked about yet: the information the organism is made of. This consists of DNA and RNA, long chains of molecules that act like source code. DNA and RNA are only known to exist on Earth, within living or quasi-living organisms, and in laboratories. When we look for it in nature, in places we guess life might have emerged from, we don’t find it. Is this evidence Kant was right? No, because of one important factor: life already exists in all those places. Anywhere the ingredients for life could be found are swarming with bacteria gobbling it up. Once life exists in a place, we can safely bet it won’t get started there a second time. 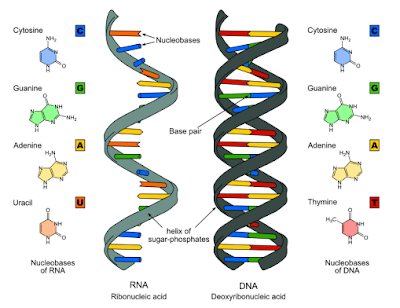 So what do we do now? The next obvious course to investigate is the simplest life we can find. So far, the simplest natural living organism we know of is a bacterium called mycoplasma genitalium. This little bugger has less than 600,000 base pairs in its DNA. Contrast that with humans, who have billions. Still, 600,000 base pairs is far from simple, and it has a cell wall to boot. M. genitalium does not look like a good analog for the bridge between non-life and life.

If existing life is not the answer, we can perform experiments to try to make something simpler. Nine years ago, Craig Venter took the DNA from M. genitalium, deleted as much as he could, and put the results into an inert cell, creating the worlds simplest and first synthetic life form, mycoplasma laboratorium. The number of nucleotides it had was . . . still over 500,000. It was an improvement, and a major breakthrough for science, but did not get us much closer to the origin of life. At least, not yet.

However, we have not yet talked about quasi-living organisms. These are organisms that are kind of alive, but don’t replicate themselves, instead relying on the reproductive machinery of other living things. There are two kinds of quasi-living organisms: viruses and viroids. Viruses have their own DNA and cell walls, but viroids are just small closed loops of RNA. How small? Between 200 and 500 nucleotides. Not genes, nucleotides. And they don’t have a cell wall, or organelles, or supporting macromolecules.

Now we might be getting somewhere! Of course, viroids could not be the original life forms, because they require other life in order to reproduce. Still, it is now within the realm of possibility that the first quasi-living organisms were similar to viroids. We know that small amounts of DNA and RNA can perform various types of mechanical tasks, as shown by the field of DNA nanotechnology, so we seem to be on the threshold of a solid theory of the origin of life.

You may sometimes hear people talk about the probability that life will arise on its own. But no number you hear is valid. Whenever I’ve dug into these calculations, I’ve found the math formulae that are used treat the molecules as if they are drawn out of a hat. That is not how chemistry works. To do the calculation properly, we would have to know the physics of the environment, the chemistry of every step along the way, how common such environments are in the universe, and how big the universe is. We don’t know any of that stuff, so we can’t say anything at all about the probability.

Some people don’t want to believe it’s possible that life arose naturally in the universe. Some of them just aren’t interested in the science, and don’t have the time to learn the mental skills and do the research to get up to speed. That’s understandable. Others are averse because they are loyal to a religious narrative, like I once was. Still others may be uncomfortable at the thought that human life had such a humble beginning, believing it takes away from our innate worth. This is a fallacy. Human beings are priceless and have innate dignity because of what we are. How we came to be this way has no effect on what we deserve or how we should treat one another.

Based on what we've talked about, we can construct a crude hypothesis, a guiding tool, a proof of concept. This may or may not be close to how life began, but it will stand as evidence that there is an answer, and we can find it. Here it is:

Suppose, deep in the ocean, where vents spewed heat from the Earth’s mantle, there was a soup of organic molecules. These molecules bumped into each other, reacting millions or billions of times every second, to make more complex molecules. Some of these complex molecules would fold and unfold, or spin parts of themselves around, or be attracted to certain parts of other molecules. Some of these molecules could break other molecules apart and reconstruct them. This process was random, and mostly resulted in junk. But a few made copies of themselves, which in turn made more copies. There, Darwinian evolution took root, with variations in each generation, and natural selection favoring those that reproduced better. With further generations, the molecules bonded with other, non-reproducing complex molecules, forming a symbiosis which allowed them to do more tasks. Eventually, one of these constructed a shell of molecules around itself, and the first cellular organism was born. 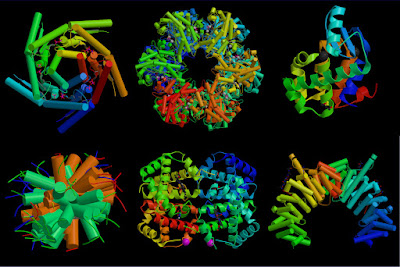 This process, and others like it, can be tested in the lab. One of the most interesting mysteries of all time, it's a popular subject of research. So far, there has not been a Newton for the blade of grass. But it is no longer absurd to think one will arise one day soon.
Posted by Christian Horst at 1:08 PM