The God of Physics

“The first gulp from the glass of natural sciences will turn you into an atheist, but at the bottom of the glass God is waiting for you.”
–Werner Heisenberg, pioneer of quantum physics.

God is a complicated topic. When most people think of God, they think of God the person, a superhero-like entity who has the power to will things into existence, and to exert control over things and people once they exist. They also imagine God as the epitome of knowledge, wisdom, and goodness, a living archetype of the perfect human being. But many would say God is more than this, that there is a facet of God these two descriptions don’t capture. This is the God we are going to talk about today, the God of the universe, woven throughout the fabric of nature.

To understand this conception of God, we go back to a discussion we had a year and a half ago about the natures of things. Everything that exists has a nature, a “way that it is.” This brings up a question: why are the natures of things what they are, instead of something else? Why does General Relativity describe the nature of gravity so well, whereas Modified Newtonian Dynamics, an alternative theory, does not? Why is the electron charge what it is, instead of some other value? As Stephen Hawking famously said, “What breathes fire into the equations?” There must be something, some transcendental principle of existence that differentiates between that which exists and that which does not. This principle is what physicists call God.

If we take God as described in a holy book, and say, “This is what God is like, and you either believe it or you don’t,” that is a closed-definition God. A closed-definition God is fair game to scientific investigation. It is often said, “You can’t put God in a test tube,” but in most cases that is not true. If God has the power to reshape nature by his will alone, then unless he is purposely trying to hide from us, we will be able to find signs of his meddling in nature; God’s fingerprints, so to speak. However, these are nowhere to be found. If we ask, “What would the universe be like if this God didn’t exist?” the answer is, “pretty much the same.” Nature goes along its merry mechanical course The weather is a result of currents and patterns and cycles in the atmosphere and ocean. Canyons are carved out by water eroding the rock away over centuries and millennia, which we can tell by examining the rock layers in the canyon walls. Life functions on biology, which is emergent from chemistry, which is in turn emergent from physics. Human societies function on psychology and tradition, shaped by our evolution and environments. Everything does what it does, moves the chain of cause and effect forward.

On the other hand, an open-definition God is another story entirely. If we look at the world and say, “Amazing! Why is it here?” and we call the answer “God,” whatever it is, then no one has grounds to say this God doesn’t exist. In fact, by its definition and the very existence of reality, this God must exist. However, we start out knowing nothing about this God. It is open for discovery and paradigm shifts and all of the things that breathe wonder into science and philosophy.

Through the early 20th century, it was fashionable for scientists and philosophers to talk about God. Today, it’s common for people in those fields to profess atheism, or at least disinterested agnosticism. This is because the emphasis of “God” has shifted back toward the personal aspect, and attention is being drawn to the negative social and political consequences of religious narratives. Sadly, much of the scholarly wonder at the mysteries of the universe has gone with it. Rare is the scientist who strives to discover the true interpretation of quantum physics, or the actual nature of physical reality.

“God is not He who is, but That which is.”
–Baruch Spinoza, Enlightenment philosopher

There are many great mysteries left in the universe, and sometimes adherence to religious narratives gets in the way of exploring them. But an uncompromising denial of religious narratives is sometimes no better. We need to realize that, whether you call it God or existence or fundamental reality, there is a transcendent wonder in striving to understand the mystery at the bottom of everything. 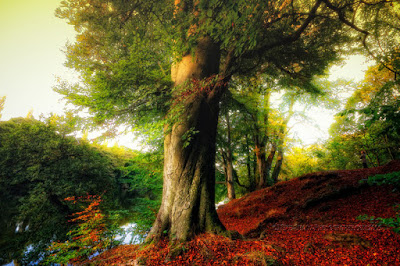 Posted by Christian Horst at 7:21 AM