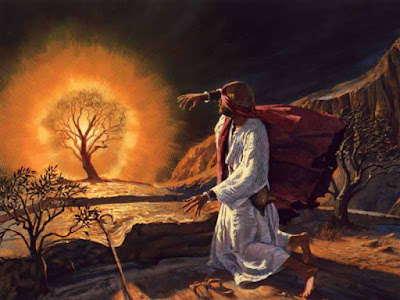 I grew up in a Christian home in rural United States, believing, as most people in that culture do, in the existence of God the person. This person called God had his own subjective conscious viewpoint. He had the ability to cause anything to happen merely by willing it to be so, including both temporary suspension of the laws of physics, and the creation of the entire Universe. This God was thought to be real and literal. In other words, I believed in a physical God, also known as a “personal God” or “literal God.”

Back then, if you had asked me if I thought God was physical, I would have said no, God is spiritual. If you had asked me what I meant by that, I would have said physical reality is made of one type of substance, and spiritual reality is made of another type of substance. However, that is a false dichotomy. After all, the part of physical reality my present and past selves agree about is made of multiple types of substances. There are particles, fields, and space-time, and maybe a few things we do not know about yet. However, the reason we group them under the umbrella term, “physical” is because the way in which they exist is the same. The God I believed in was not made of space-time, particles, or fields, but he was thought to exist in the same way. That is why I call this kind of God a physical God.

I viewed God as the answer to questions like, “why does the Universe exist?” and, “why do we exist?” The Earth was the way it was because God made it that way, with human beings in mind. Everything that happened, everything I did, was measured against what God wanted, and how it fit into his grand plan. However, after about 20 years of living like this, I started seeing things that did not add up with this view. I learned how ideas of God and gods appeared in cultures and developed over time, and I saw how my God was the same as any other in this regard. I saw sick people get prayed over. Some of them were healed, and some were not. I had ideas pop into my head about the future. Some of them came true, and some did not. Eventually I came to realize that things can happen by chance, that if there are a million opportunities for things with a one-in-a-million probability to happen in a day, we should expect to see one-in-a-million things happen every day.

As we learn and grow, our mental pictures expand, filling in more of the jigsaw puzzle of knowledge. Sometimes we replace ideas with new ones, which may or may not be more correct, but other times we come to see a larger view of the picture, one which encompasses the views we had before. We come to see those views more clearly, why we held them, and how they fit or don’t fit with the rest of reality.

One fateful day, I was hit with the realization that the Universe and everything in it behaves as it would without a physical God. I looked up evidence for the existence of God, which came in two forms. The first was from science, but these were all either conspiracy theories, or of the form, “this seems like too much of a coincidence, therefore God is responsible.” For instance, I have heard the argument that since the conditions in the Universe make life extremely unlikely, God must have created the Earth for us. These arguments don't stand up to probability, nor do they meet their burden of proof. The second form of evidence for God was in philosophical arguments, like the Ontological Argument, the Teleological Argument, the Cosmological Argument, and the Argument from Morality. However, all of these either have extraordinary claims in their premises without justification, such as “it is possible for a Maximally Great Being to exist,” or their conclusions do not follow from the premises. Ultimately, I had to admit that I could find no evidence that the physical God I had believed in for my entire life actually existed.

For a while, I felt bitter toward the culture I had been raised in and the people who had taught me what I perceived to be nothing but lies. I faced existential and epistemological crises. This period did not last long, but it was rough. It is no wonder people get defensive and afraid whenever someone says something that even hints at a conflict with their worldview.

This was a turning point in my life. From then on, I started studying all different fields of science and philosophy. I wanted to understand the world and humanity as broadly and in depth as possible. In my quest, I have come across many public intellectuals with deep and important things to say. Among them was the psychology professor Jordan Peterson, who introduced me to the concept of Jungian archetypes, the models of behavior built into the human unconscious that manifest in fictional characters.

With perfect timing, in one of those one-in-a-million events that I mentioned earlier, Jordan Peterson started a series of public lectures, which he posted to YouTube, about the significance of the Biblical stories from the perspective of evolutionary psychology. Instead of taking them as literal historical events, like I had for my entire life, he treated them as a window into the depths of the human mind, as stories passed down for hundreds of generations, undergoing a kind of natural selection so that only the most meaningful and resonant parts remained, the rest lost to memory. Freed from the blinders of literalism, the Biblical stories exploded with meaning like I never imagined.

My thoughts turned back to consider once again the idea of God. Of course, a physical God was out of the question; the more I learned of science and philosophy, the more solidly that coffin was nailed shut. However, things I had heard believers say before, but had made no sense to me, started to come back. The idea that morality could not exist without a god. The idea that everyone worships something, whether they profess to or not. And for the first time in my life, it all started to make sense. God is not a person, not in the physical sense. God is an archetype.

Archetypes are the embodiments of human behavior patters. We see ourselves in fictional and mythological characters, and in forces of nature. This is where the gods of Ancient Greece and other pantheons come from. Capital-G God is the archetypal embodiment of all of the best qualities of human nature. This is why religious people take “God is good” as a truism, and why they say that without God, morality does not exist.

Atheists sometimes point to the things God does in the Bible which are obviously evil, and say, “God is not good.” But those instances are a product of the limitations of human knowledge at the time they were written. Archetypes are not made-up, they are discovered and studied. Since Biblical times, humanity has gone through revolutions of moral philosophy, so our understanding of the best of human nature, God, has matured. It is only natural that parts of the ancient views of God will appear barbaric to us. They were trying to understand, and, not having the philosophical knowledge of millennia to draw upon, got some of it wrong.

So why do most people insist on believing, and requiring others to believe, in a physical God rather than an archetypal God? Or from another perspective, what could drive me to speak such heresy? The answer lies in our psychology. We have a natural instinct to search for the meaning in facts, and to take that which is meaningful as factual. Only in the past few hundred years, since the dawn of science, have we begun to learn the difference.

Some would call me an atheist, because I believe there is no physical God. Others would call me a Christian, because I actively try to learn about and model my life around the best and fullest aspects of human nature, which God represents, and because I find value in the philosophy and culture that has come from the Christian tradition. I don’t care about the labels myself. It’s the honest search for truth that matters; after all, that’s in accordance with the nature of God.
Posted by Christian Horst at 7:22 AM