Why I Changed My Mind about the Quantum Multiverse

A truth seeker must always be open to new evidence. The new evidence must be added to the old, and all of it re-evaluated together. Sometimes the evidence in its greater context points in a direction other than what you thought was true, and when this happens, the wise person adjusts their beliefs accordingly. As a case in point, we’ll look at something I have had a strong opinion about on this blog, the quantum multiverse.

If you’ve read a lot of my science posts, you know I’ve been pretty hard on the quantum multiverse, also called the Many Worlds Hypothesis. In the multiverses discussion, I said I thought it was the least likely to be true out of the hypothetical multiverse types that come from physical theories. Since then, however, I have learned more about the arguments for its existence, most importantly the story of how the hypothesis came to be, and now I think it is reasonable to believe it exists.

Before we go any further, though, let’s remind ourselves what we are talking about. When quantum physics is mentioned, the layperson might think of the science of consciousness, or of parallel realities where events that were important to individual people or to human history played out differently. These are not quantum physics, they are purely science fiction, playing to our human bias that the universe revolves around us, and where “quantum” is used as a sneaky replacement for “magic.” Quantum physics, the real science, is the study of matter and energy at the scale of molecules and atoms and smaller.

We’re going to talk about interpretations of quantum physics, so first things first, what exactly needs to be interpreted? It comes down to why we say quantum physics is weird: a quantum-sized particle can be in two states at once. What does that mean? Well, for example, an electron can be 50% spin up and 50% spin down at the same time. This is called superposition of states. It is like saying a basketball is spinning both clockwise and counterclockwise at the same time. It seems like a contradiction, and for macroscopic objects like basketballs it is, but for subatomic particles, it is normal. If you measure the electron’s spin, you will find it to be 100% either spin up or spin down, and then it will behave differently. But it was not 100% up or down before the measurement; the very act of measurement has changed the particle’s properties. This is called “collapsing the wave function,” and it is what needs interpreting.

For the Copenhagen Interpretation, that is the end of the story. The universe has probability baked into it, and measurements roll the dice. But the Copenhagen Interpretation has a problem: what counts as a measurement? If you try to measure the property of a particle by using another particle, the wave function does not collapse. Instead, the particles become entangled, that is, they are both in a combined superposition of states. For example, if you try to measure an electron’s spin using another electron, then both electrons will end up 50% spin up and 50% spin down. But here is where things get interesting. By using more traditional measuring devices, when we measure the electrons’ spins, we will find that one of them is spin up and the other one is spin down. We can’t know which is which beforehand, because there isn’t an answer beforehand. The only thing that is set in reality before the measurement is the fact that their spins will turn out to be opposite.

But what makes a traditional measuring device different from a particle? All measuring devices are made out of particles themselves, after all. So shouldn’t the machine we use become entangled with the electron as well? The machine only shows us one answer, not a superposition of answers, so that seems not to be the case. Why not? This is the famous measurement problem.

One proposed resolution for the measurement problem is that the collapse of the wave function happens when the experiment is observed by a conscious being. That is, the instrument used to take the measurement registers both spin up and spin down until someone looks at it, whereafter the entangled wave function of the particle and the device measuring it collapses, showing just one result. In other words, perception defines reality. However, this requires substance dualism, the idea that consciousness is fundamentally different from the rest of reality, that mind and matter are completely different things. People have had a dualistic view of mind and matter for all of recorded history. It is intuitive; our DNA comes pre-loaded with a disposition toward believing it. It just feels true. But feeling true has no bearing on whether something actually is true, and the lack of scientific evidence in support of dualism suggests that there is some kind of equivalence between consciousness and matter, which would mean the conscious observation interpretation of quantum physics is impossible. 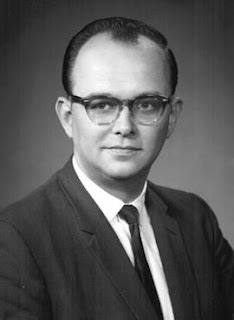 This sounds weird, and it’s only going to get weirder. As they say, extraordinary claims require extraordinary evidence. So what made me change my mind? What makes the Many Worlds Interpretation more reasonable than any other? It all comes down to consistency. When particles only interact with one another, they get entangled. This is a well-documented scientific phenomenon. The larger the number of entangled particles, the harder it is to control all of them, so the easier it is for something external to the experiment to “mess up” the entanglement. But what would it mean to “mess up” an experiment? It’s just more particles interacting with the entangled system. And we know that when particles interact with other particles, they get entangled. So we could think of it as the external world coming in and messing up the experiment, but if we want to be consistent, we should say the entanglement is escaping to the rest of the world, including the brain of the person doing the experiment.

This is extremely counter-intuitive. I certainly feel like I am in one specific state, not a superposition. But what would being in a superposition feel like in the first place? We might imagine two images playing over our eyes, like a transparent movie playing over another movie. But that would only happen if the information from both states came together in the same brain. Remember, our brain is also in a superposition, not working as a single machine in both states. So a person in quantum superposition would feel completely normal, as if they and the objects they see and interact with are in state A, and not state B. And they would also feel as if they and the objects they interact with are in state B, and not in state A. Both are true, and they would notice nothing weird at all, because the states of their brain are completely cut off from each other. In effect, the universe has split in two, and that is where the “multiverse” idea comes in. More generally, as I argued in the multiverses discussion, it is not the splitting of distinct universes, but an infinite-dimensional smear of universe-ness.

And now, when I look back at my former self, I see a hypocrite. In the multiverses discussion, I said people are drawn to the Many Worlds Hypothesis because the idea that reality is simply probabilistic at the quantum scale is too weird. But I got it backward. The reason that people like my former self cling to the Copenhagen Interpretation is because the Many Worlds Hypothesis is too weird. But weird as it is, it is the only interpretation that solves all the puzzles of quantum physics and leaves no loose ends behind. It is the natural logical conclusion of entanglement, and it makes the measurement problem go away. Out of all the interpretations of quantum physics, those we discussed and those we did not, I now think Many Worlds is the most likely to be true.

But it’s just an interpretation, isn’t it? If it can’t be tested, then what is the point of debating it? Well first of all, here on A Scientist’s Fiction, we search for truth in whatever way we can, and if that means using pure logic, that is what we use. However, in this case, we don’t have to. We can test the quantum multiverse. After all, it’s not just parallel realities. That’s TV sci-fi. The quantum multiverse is an extension of regular old quantum entanglement, which we see in the lab all the time. It makes a prediction: if we have the right kind of experiment, we should be able to put a human being in quantum superposition. Researchers keep finding quantum properties in larger and larger systems, so it should be theoretically possible.

I don’t know how the exact details of such an experiment would play out, but it might go something like this. Imagine we send a human test subject into a room that is 100% soundproof, vibration-proof, and heat-proof. After we close the door, the subject sees either a red light or a blue light, triggered by the measurement of an electron’s spin within the room. To all outside observers, the subject would be in a superposition state of red + blue. Suppose this person was instructed to lightly touch one of two sensors, which connected to a second electron, telling it to either be spin up or spin down. The experimenters outside the room would then do tests on the two electrons, to see if they are in a superposition of states. If they are, then the human test subject is also in a superposition of states. Then they open the doors, the test subject walks out, and tells the researchers what color of light he or she saw. They then measure the particles, and indeed their spin is oriented in accordance with the prediction. This would mean that the test subject was entangled with the electrons, in a superposition of states, and now there are two universes, one where the subject saw red, and one where the subject saw blue. The quantum multiverse hypothesis would be supported by evidence from a prediction of its own.

Changing my mind due to more complete evidence is something I am well-practiced at, so when it came time for the quantum multiverse, it was no big deal for me. However, for those less practiced, it can be frightening. Maybe after reading this you are not convinced that the quantum multiverse exists, and that’s fine. Skepticism is healthy, especially for topics as complicated as quantum physics. But it is also healthy to direct your skepticism toward the beliefs you already hold, and I encourage you as a fellow truth seeker to reexamine your beliefs every now and then. Whether you find them to be valid or in need of replacement, I can guarantee the practice will make you wiser and bring you closer to the truth.
Posted by Christian Horst at 9:50 AM